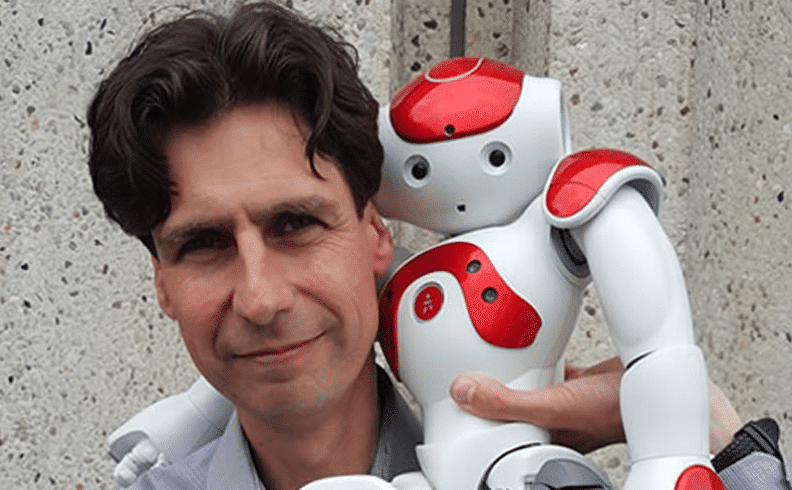 Putting people and the earth at the heart of technical developments. This is the theme of the kick off of The Humanized Tech Award 2019 on 21 February in Den Bosch. With this award, the organization, consisting of Wandering the Future and RobotXperience, wants to encourage both people and companies to develop technology that is good for people and the environment. The organization also wants to start the debate about this.

Initiators of The Humanized Tech Award are robotics expert Randall van Poelvoorde of RobotXperience and consumer trend expert Cécile Cremer of Wandering the Future. As keynote speakers, both follow developments in the field of technology, innovation and robotics closely and often look ahead in their presentations. Van Poelvoorde: “We develop and use technology because it is possible. But where is the balance with people, humanity and our planet? The impact that such developments have on our lives and the world is enormous. And often people don’t realize its scope.”

According to the organizers of The Humanized Tech Award, there is an imbalance between humanity and technology. Cremer: “And if we don’t do something about it, the social gap will only widen.” Van Poelvoorde nods: “In this way, a robot can replace a human being. However, each time we have to ask ourselves the question: is that desirable? What are the consequences of this? Wouldn’t it be better if we included the pros and cons in the longer term?”

Humans as a starting point

Technological companies often focus on making a profit. Van Poelvoorde says: “Logical and good”. “At the same time, we should put the interests of humanity and our planet first. An app that promotes contact between people is highly desirable. An app that lets people cheat, not.” According to the organisation, it’s about the human dimension, which shouldn’t be forgotten.

About The Humanized Tech Award

The Humanized Tech Award is an annually recurring, inspiring and informative event, ‘to advance the debate on the direction of technological developments and to put people and the earth at the heart of these developments’. The kick-off for this award will take place on Thursday 21 February for about fifty guests, the so-called ‘nomination hunters’, who all have an intense relationship with technology. These ‘hunters’ are going to put forward tech companies or innovations that they believe are eligible for this prize. An independent jury, chaired by Professor Dr. Bert Kersten, a lecturer at Nyenrode, will then assess the nominees. The first award will be presented in 2020.
More information: www.humanizedtechaward.com
This website uses cookies to improve your experience. We'll assume you're ok with this, but you can opt-out if you wish.Accept Read More
Privacy & Cookies Policy

Any cookies that may not be particularly necessary for the website to function and is used specifically to collect user personal data via analytics, ads, other embedded contents are termed as non-necessary cookies. It is mandatory to procure user consent prior to running these cookies on your website.